So this Birthday and Christmas (they are very close together) was Bolt Action heavy with US reinforcements.

1.) The rule book, Armies of the USA Book, and Battleground Europe supplement. 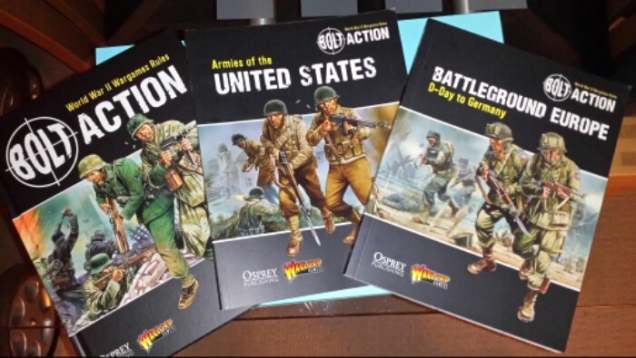 I will give an overview of each book soon I hope!

I plan for these to be split in to a small squad of 5 Engineers, and two squads of 10 Rangers. From reading the Battleground Europe book Engineer squads may come in handy!

Both are resin models, built, primed and with two coats of olive drab. I enjoyed the build of both of these. These have given me options for my list.

4.) 2 Armoured Jeeps and an Airbourne Jeep 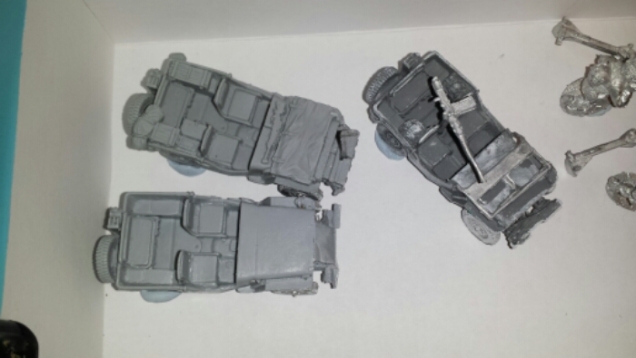 All based and primed and in the paint pile.

6.) To be built….. Army MMG Team, Duece and a half truck, Airborne Medium Howitzer

7.) “Borrowed” British Universal Carriers which my USA Infantry or Rangers will use for transport!

I have plans for the British infantry, our group may expand in to Very British Civil War rules/scenarios.

Well that’s about it for reinforcements! I will show the completed troops very soon!

Still prepping the troops for this Saturdays game day when I go toe to toe with Mr S’s Soviet hoard (he has sooo many for so few points!)